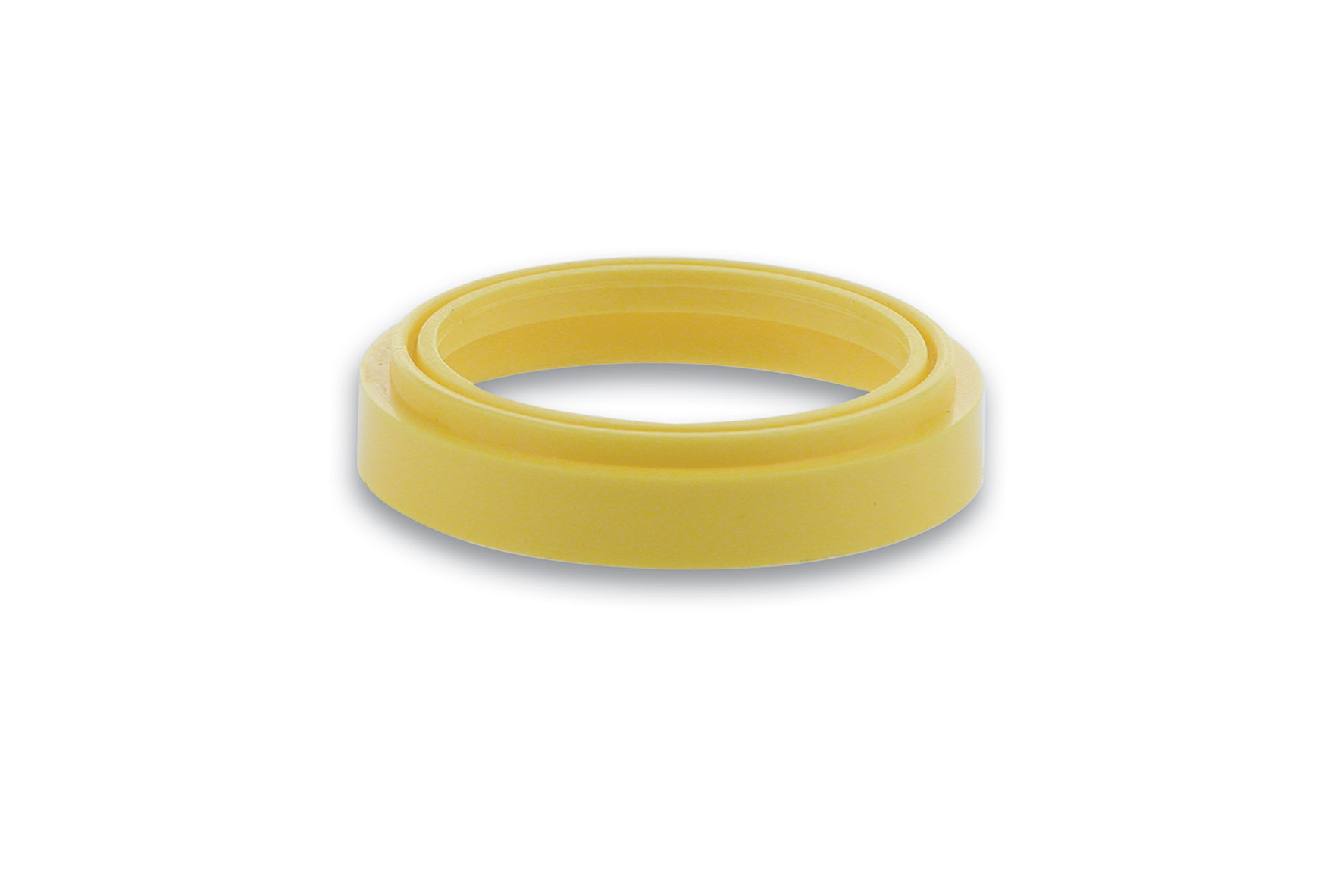 Antifriction fifth wheel for variator contrast spring
A secret from Malossi racing department
Light, perfect: a technology extract in its simplicity.
Design and formula of the materials are registered.

Pull down vibrations and to make the system operation stable at any rpm and temperature.

We have considered both on theoretical and practical basis all the existing fifth wheel systems: balls, rollers and radial sliding fifth wheels of metal type. All the tests gave unsatisfactory results. We have made prototypes with alternative systems, metallic type, without any positive results. Only after exhausting laboratory and racetrack tests we have eventually come to Torsion Controller design.

The above-mentioned component solves the following problems.
During gear curve range the bushing of the movable pulley (torque drive) slides into the driven pulley in axial way along fixed pulley hub, making a small rotation which gives a torsion to the contrast spring. Sometimes the spring loses its position while frictioning on the shoe-holder plate, metal against
metal; some others, the spring remains stuck in its position causing some accidentally different contrast forces.
Second problem : centrifugal forces caused at high rpm affect the spring which consequently buckled and starts to veer as to create big vibrations, very annoying for the driver as well as dangerous for the engine and, above all, making unsteady the gear curve.

We approved the project with great success after strict tests at R&D department and on racetrack on all examined scooter models.

Malossistore.eu serves a lot of countries and each country has special conditions and promos.
If you want to change your country, please select one from the select box below and confirm your selection.

If you cannot find your Country in the list please visit www.malossistore.com